René Lévesque, then Premier of Québec, had just activated the first of the 22 turbines of the LG-2 hydroelectric station. Former Premier, Robert Bourassa, who was behind the creation of this station, was also present.

In April 1971, Robert Bourassa had announced the project of the century: a series of dams, reservoirs and stations that would create new jobs and generate millions of dollars, thanks to all the electricity sold to the neighbouring American states, especially New York. 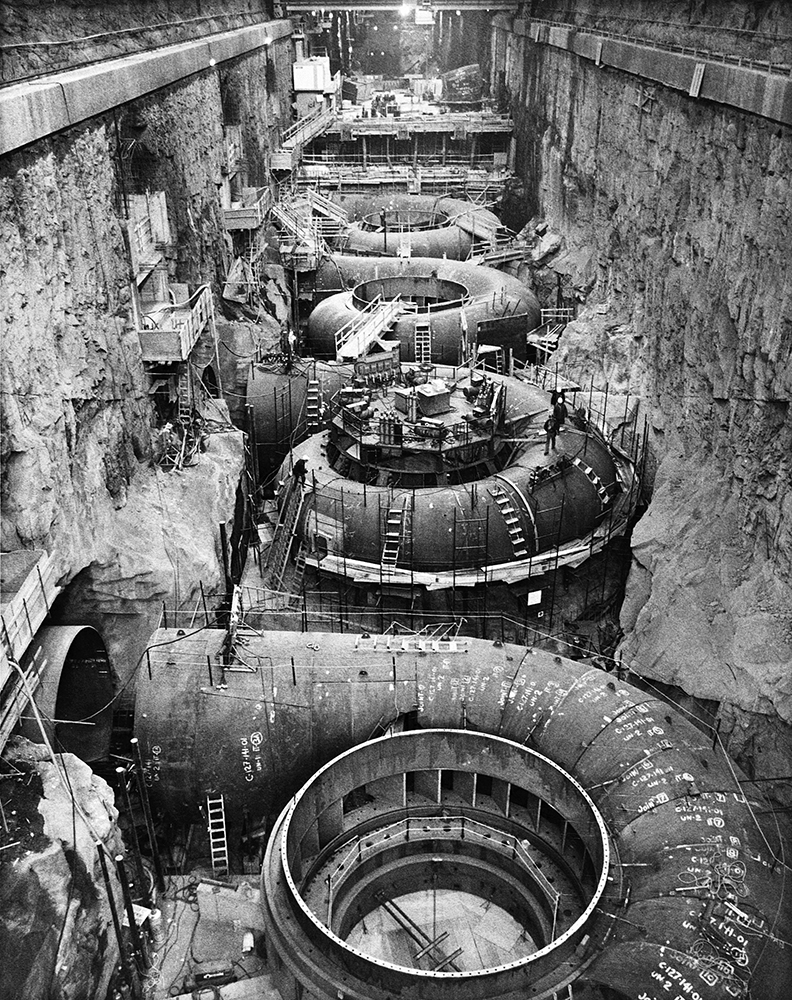 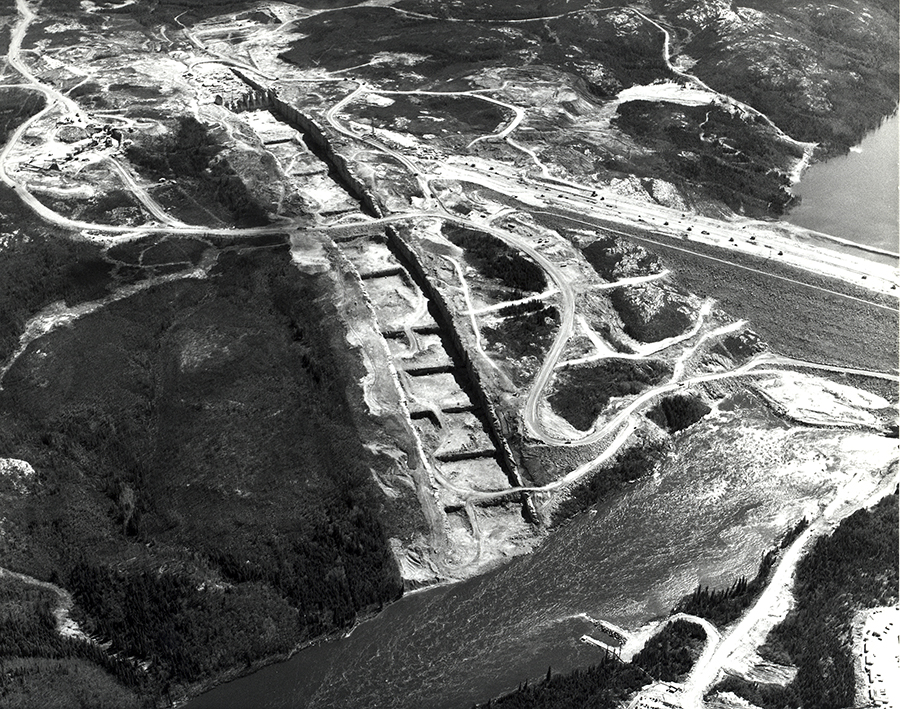 In the James Bay region, which makes up 20% of the total area of Québec, the powerful La Grande River would be chosen in May 1972 as the site where four stations would be developed between 1974 and 1996.
Three other units were added between 2003 and 2011. Their production capacity was equal to that of Belgium.
So long megawatts, now Québec was dealing in terawatts1.

* A terawatt equals one billion kilowatts and one terawatt per year is the equivalent of burning one billion tons of coal.

The La Grande-2 (LG-2) underground station is the largest in the world and its dam is as high as a 53-story building!

With 7,722 megawatts of power, it was also the first hydroelectric production centre in North America.

Its capacity far exceeds that of the Île Maligne and Shipshaw stations!

To complete this huge project, Hydro-Québec called on private businesses, which then gained recognition around the world for the competency of their engineers.

Since October 16, 1996, in memory of the deceased Premier, LG-2 has been called the Robert-Bourassa Station. 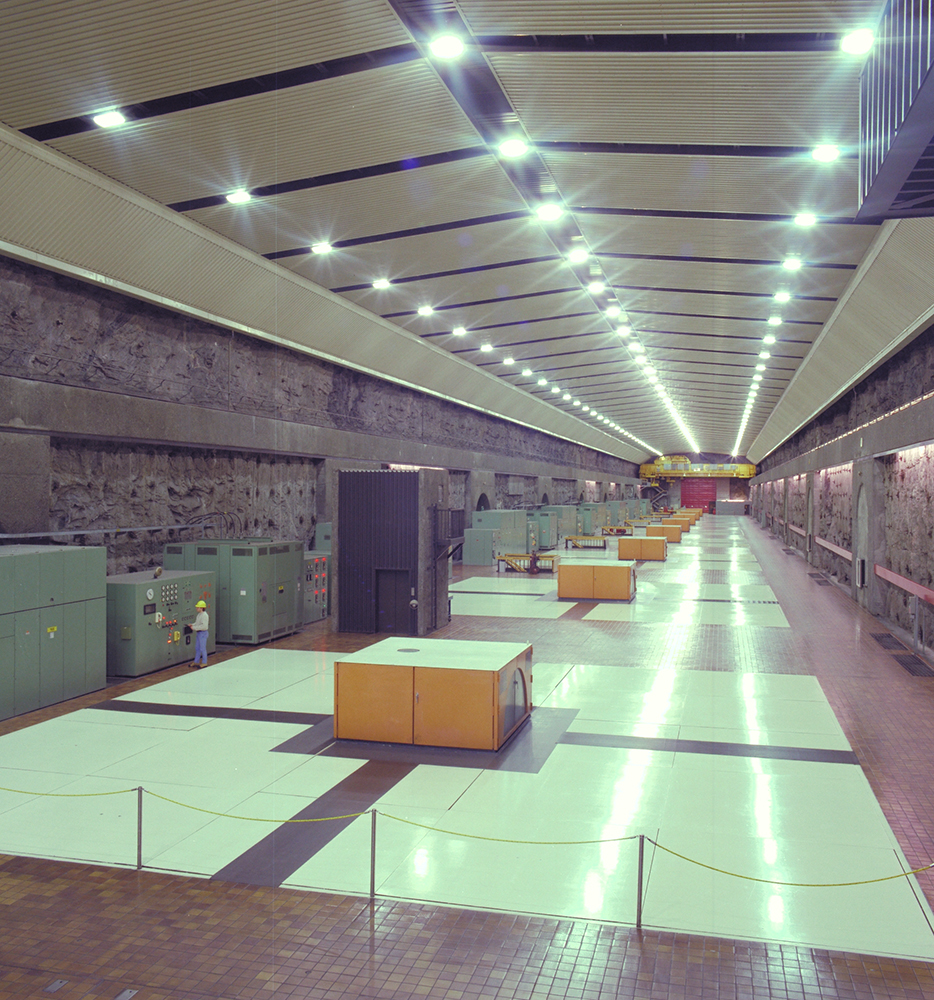