Construction of the Hydroelectric Station on île Maligne

On April 24, 1925, all of the residents of the city of Alma gathered on the shores of the Saguenay. On Île Maligne, in the middle of the river, engineers and labourers had built an immense dam and hydroelectric station.

After two years of work, it was time to celebrate! To the thunderous applause of the crowd, an enormous turbine produced its very first kilowatts.

In May, seven other turbines were installed and at the end of 1925, the Île Maligne station would become the most powerful electric power station in the world.

It produced 402 megawatts of electricity per year, beating the record set by the Shipshaw station, which was activated during the Second World War. 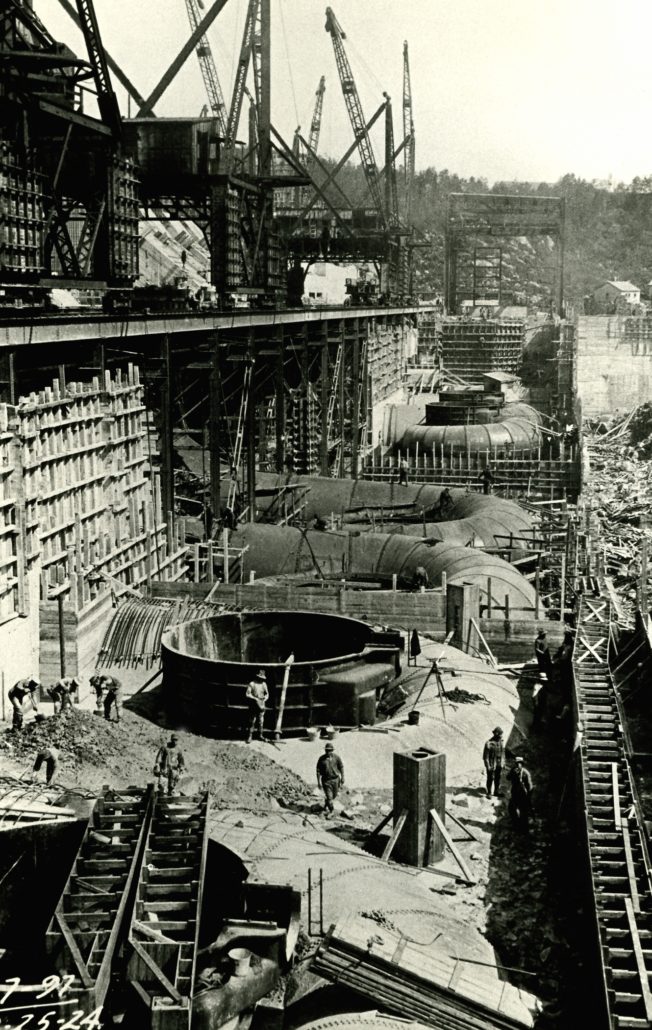 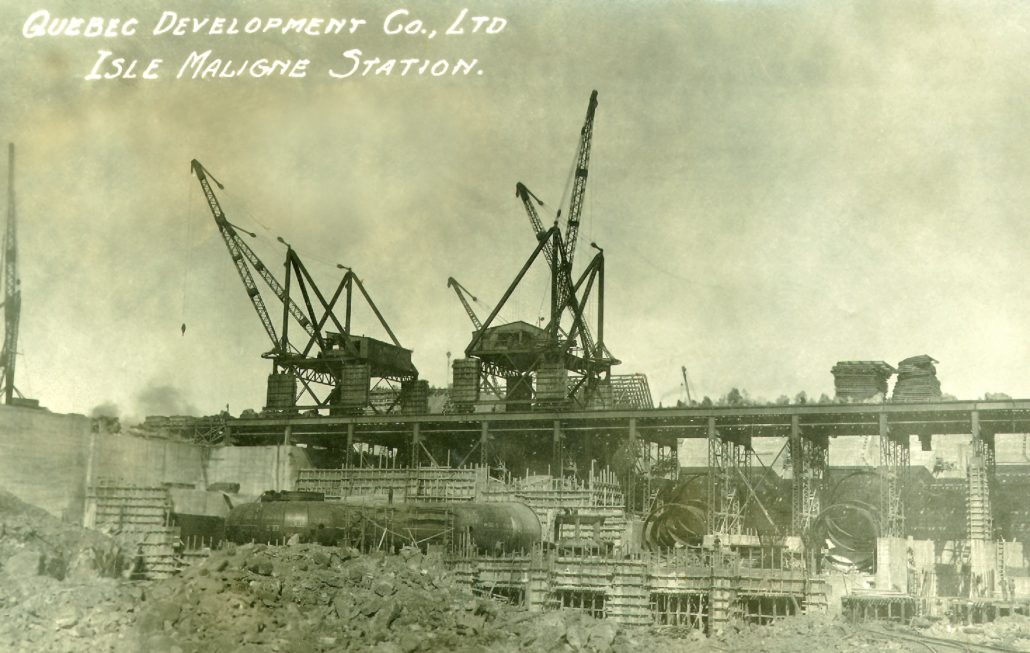 A high-voltage line was installed that went from the station to the Arvida aluminum plant,

across from Chicoutimi, and another to Quebec City, to better light the city.

In June 2008, its power was increased to 448 megawatts and, along with other stations in the region, it is used to generate over a million tons of aluminum per year. 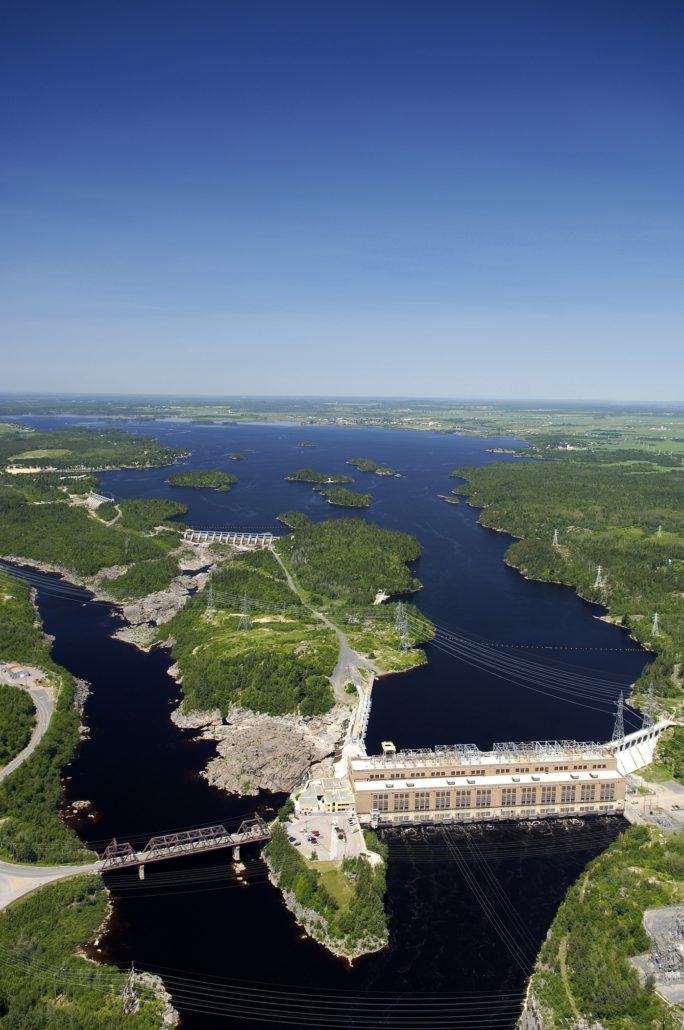 1930-The First Television in Canada

2020 – Engineering in service of the planet
Scroll to top